BRÜCKEREI is a biennial choreographic development platform taking place in Zürich (Switzerland) under the guidance of an experienced mentor and of the two artistic directors Romain Guion and Caroline Finn. Conceived as a two-week creative playground, each edition of BRÜCKEREI is to provide a wide and varied group of passionate movers with the unique opportunity to research how to communicate choreographic ideas in diverse contexts, expand their movement language and challenge their creativity.

BRÜCKEREI's mission is to build creative, human, informational and geographical bridges as a means to address the artistic challenges of today’s choreographic landscape and to advance how, with whom (and indirectly for whom) cultural work is conceived. For this purpose, BRÜCKEREI fosters a process-oriented mindset and a collaborative culture whereby the expression of a diverse range of individuals is enabled, inspiration is stimulated, failure is embraced and experimentation is encouraged.

Central to BRÜCKEREI is the question of sustainability in the arts, more precisely the sustainable development of the dance ecosystem. BRÜCKEREI aspires for a diverse representation of people, artistic styles, modes of expressions and techniques. BRÜCKEREI wishes to promote cultural participation and access to the arts. BRÜCKEREI valorizes artistic work and is mindful of its carbon footprint. Driven by a collaborative spirit, BRÜCKEREI strives for an artistic exchange reaching beyond local boundaries and seeks to strengthen ties between artists, organizations and communities that have rarely the opportunity to work together.

The artistic direction of BRÜCKEREI is in the hands of Romain Guion and Caroline Finn. For its first edition (July 2022), the Belgian stage director Alain Platel joined the artistic team as a mentor. The production management of the choreographic development platform was entrusted to Martina Langmann and Irene Andreetto. 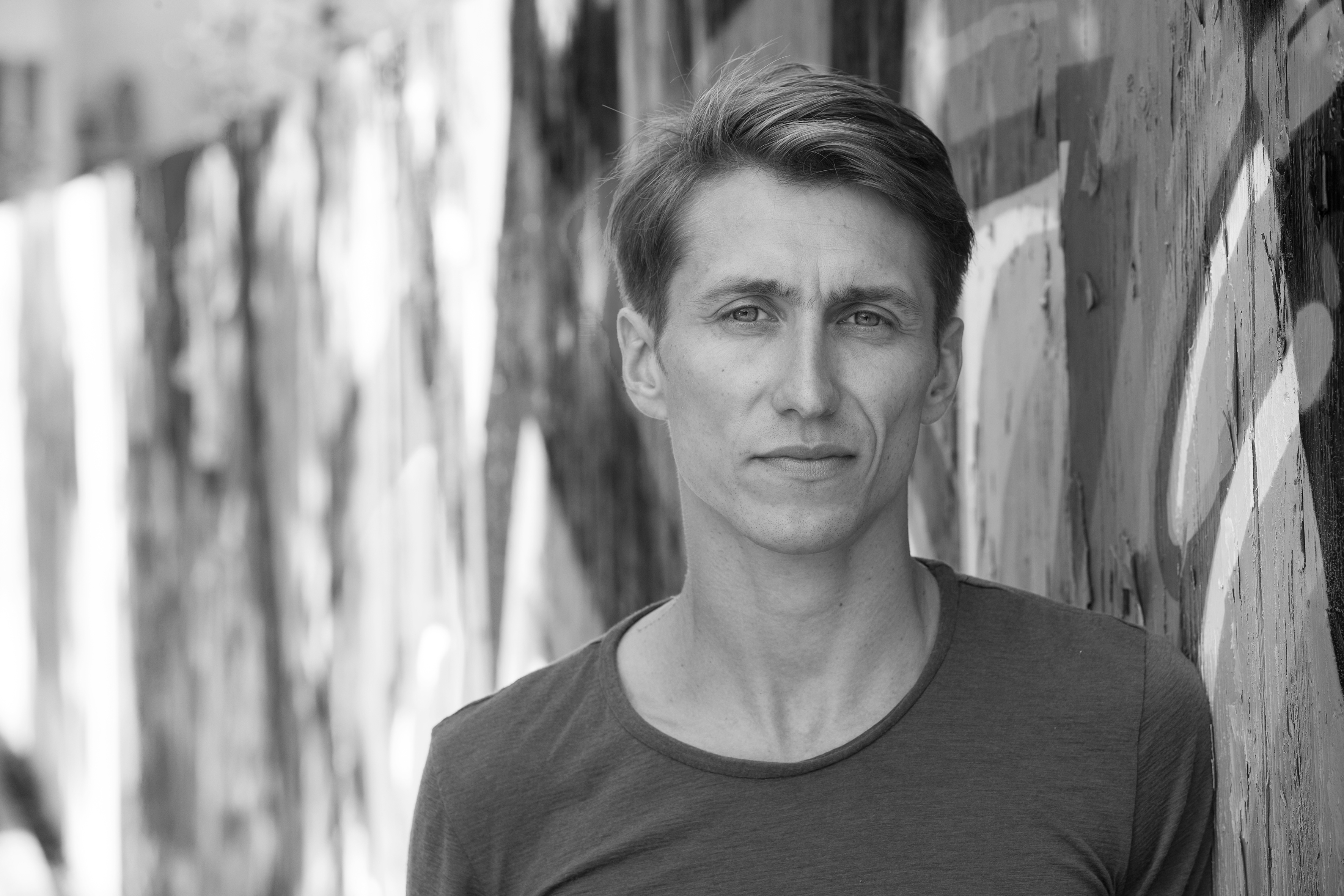 Romain Guion is a performer, dance pedagogue, festival curator and cultural manager with a 25-year career in the performing arts. He danced in various international dance companies such as Charleroi-Danses, National Dance Company Wales, Dance Theatre of Ireland, John Scott's Irish Modern Dance Theatre, Gelabert-Azzopardi Companyia de Dansa, Eun Me Ahn Dance Company, Staatstheater Mainz and Les Ballets C de la B. Alongside his performing career, Romain collaborates in the creation of dance, music, theatre and opera productions with artists such as Alain Platel, Martin Zimmermann, Koen Augustijnen, Eugénie Rebetez, Francesca Foscarini and Juliette Navis. Eager to support the international creative community, Romain is on the board of directors and curator of LUCKY TRIMMER, a Berlin-based showcase dedicated to the short performance format. He curates the professional training and workshop program at Tanzhaus Zürich and is a member of the dance collective The Field. In 2019 Romain received a cultural award from the city of Zürich and in 2021 completed a Master in Arts and Cultural Management with a focus on environmental sustainability in the European contemporary dance sector. 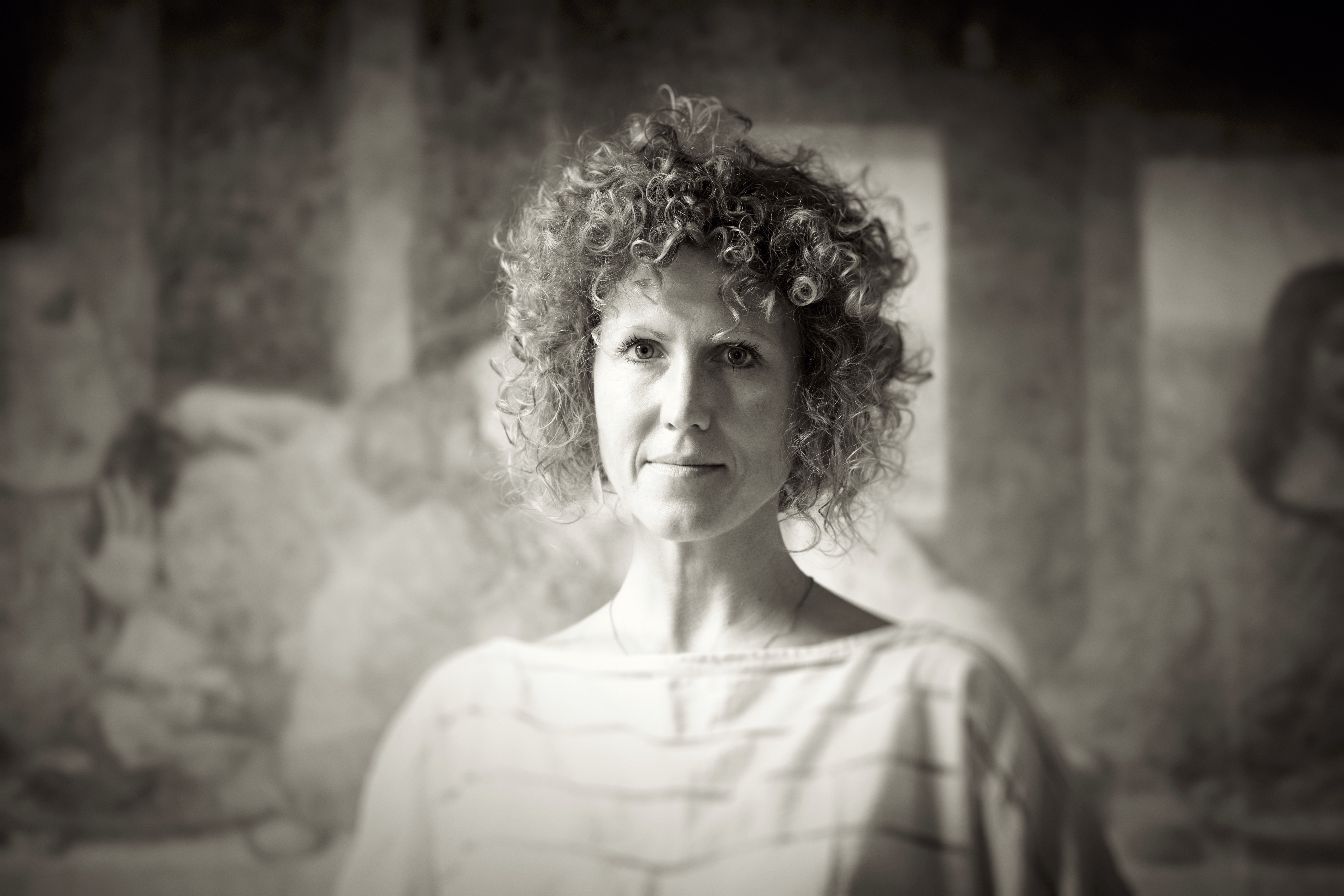 Caroline Finn was born in England and now lives in Zürich. Trained at the Juilliard School, New York, she was then a member of BallettTheater Munich, Ballet Preljocaj, and the Carolyn Carlson Company. From 2015-18 she was Artistic Director of National Dance Company Wales, and subsequently their Resident Choreographer until 2021. Her work Folk, earned her the Wales Theatre Award for Best Female Artist. Caroline has also developed works for companies such as the Chilean National Ballet, Tanz Luzerner Theater, Bühenen Bern, Phoenix Dance Theatre, Bavarian Junior Ballet Munich and VERVE. Her solo work “Bernadette” has been performed at numerous international festivals including Lucky Trimmer, Berlin and Busan Dance Festival, South Korea. In 2010 Caroline won the Production Prize at the Copenhagen International Choreography Competition and in 2014 the Matthew Bourne New Adventures Choreographer Award. She has choreographed productions for Welsh National Opera, Opernhaus Bonn, Drottningholm Palace Theatre, and co-directed Pascal Dusapin's Passion for Music Theatre Wales and National Dance Company Wales. Caroline teaches and choreographs at universities and conservatoires worldwide and is a member of the Tanztendenz Munich. She is a founding member of Cie la Ronde (CH). 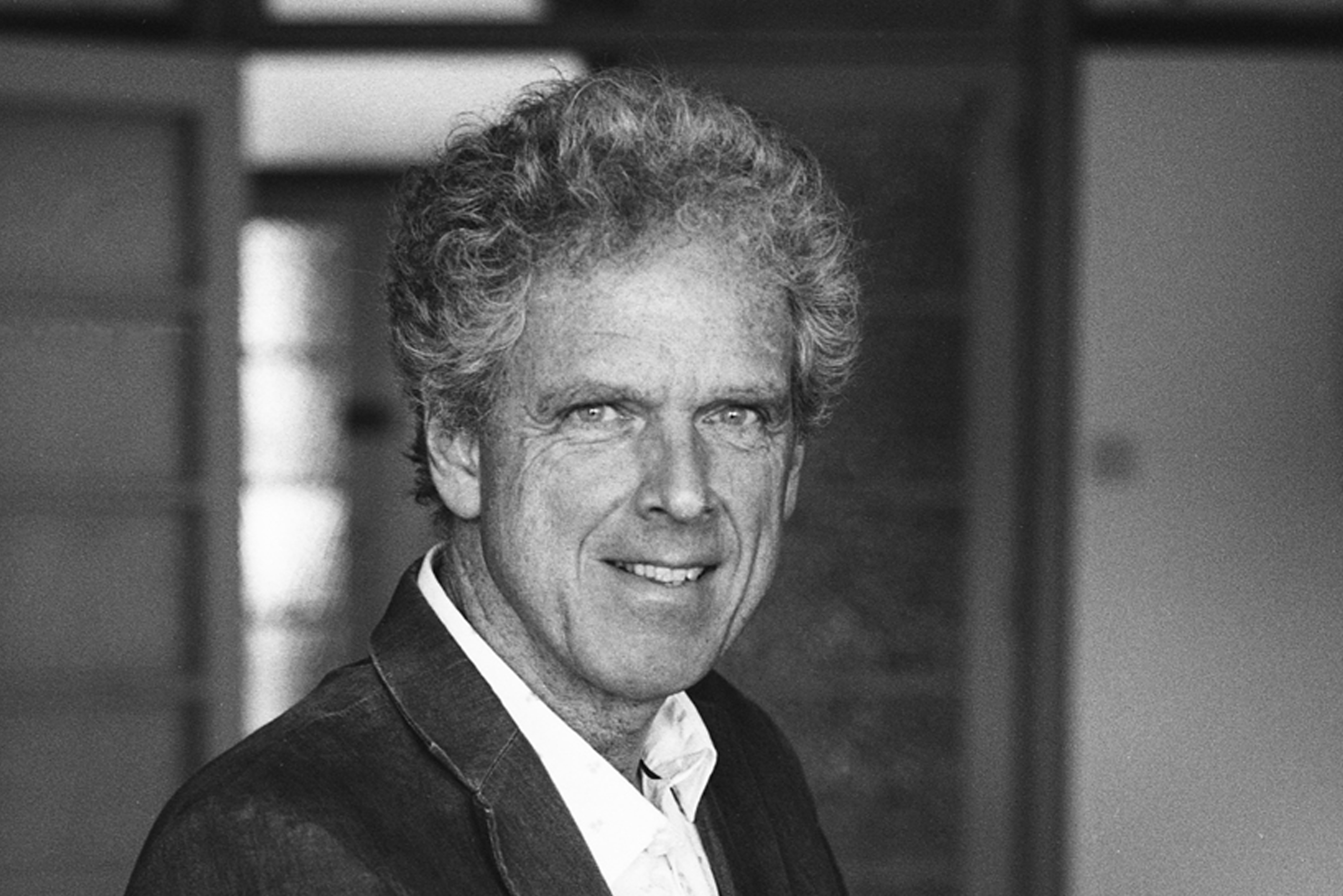 Trained as a remedial educationalist, Alain Platel is an autodidact stage director living in Ghent, Belgium. In 1984 he formed a collective with friends and family members that would later become Les Ballets C de la B. In the 90s, the company was propelled to international stardom with pieces such as Bonjour Madame (1993), La Tristeza Complice (1995) and Iets op Bach (1998). Alain Platel is an atypical performance-maker who constantly renews his work and composes both intimate and large-scale pieces. He works with professional artists of all backgrounds (vsprs, 2006; Pitié!, 2008; Out of Context, 2010; Tauberbach, 2014; Nicht Schlafen, 2016) but also collaborates with people from all walks of life such as former transvestites (Gardenia, 2010), Congolese musicians (Coup Fatal, 2014; Requiem pour L., 2018), amateur choirs and brass bands (Coup de Chœurs, 2006; En Avant Marche!, 2015), local citizens from his native town (Le Sacre du Printemps, 2018) or a pack of dogs (Wolf, 2003). Over the years Alain Platel has received a multitude of international awards, including the title of Commander of the Order of Arts and Letters (2015) and the Gold Medal of the Royal Flemish Academy of Belgium for Sciences and Arts (2016). 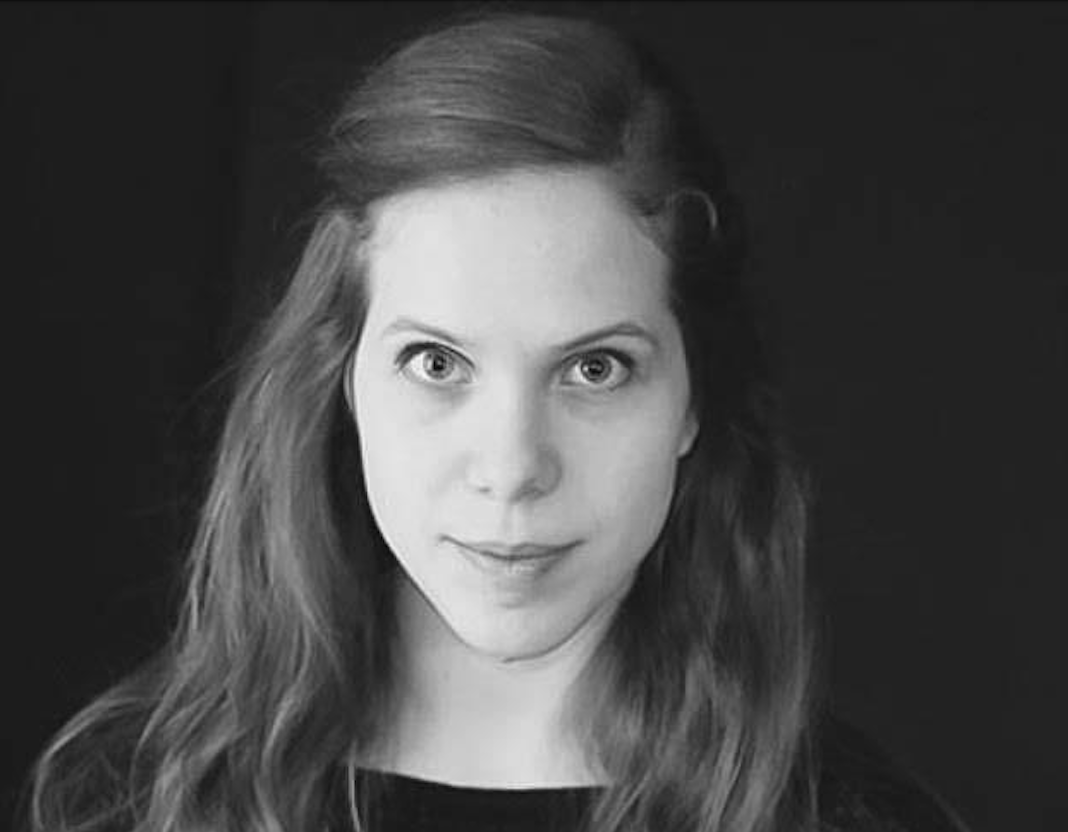 Born in Italy, Irene Andreetto received her dance education at the Balletto di Toscana in Florence and started her professional career with Europa Danse. From 2007 to 2012 she was a member of Ballet Basel and then soloist with the Bern Ballet. Since then, she has been based in Bern where she works as a dancer, teacher, choreographic assistant and production manager with various dance and theater companies (Theater Max, Nunzio Impellizzeri Dance Company, Verein Pistazienfuchs, Cie. La Ronde). Since 2016 she has been a board member of BETA-Verein Berner Tanzschaffende. In 2018 she obtained a MAS Dance Science at the University of Bern and then started working as a programmer and coordinator for the Tanzfest and BETA Stage Festival. She has been a member of the Dance and Theater Commission of the City of Bern since 201.

Born in Austria, Martina Langmann began her training at the Ballet Academy of the Vienna State Opera. She then completed a diploma in Performance & Dance Studies at the Laban University in London, followed by many years working as a freelance dancer in the United Kingdom. In 2006 she founded her own company in London, which organized and curated interdisciplinary dance festivals. From 2007-2015 she was a soloist of the Bern Ballet and the Konzerttheater Bern, where she choreographed various pieces. From 2015 to 2017, she worked as a rehearsal director, stage manager and administrator at the Cinevox Junior Company in Neuhausen am Rheinfall. Following the completion of a Master in Arts Management at the University Basel in 2017, Martina has been working as a freelance manager and production manager with various dance and theater companies in Switzerland, such as UNPLUSH and Cie. La Ronde.